The Permit Holders and the caddies...a history

We are currently trying to gather as much information as we can about the history of the club so if anybody has any old photographs, or paperwork then please let me know so I can take a copy with your permission as we move towards our centenary year.

In 1905 artisan golf, as such started to be played at St Georges when 10 "Permits" were given to local residents, who were not allowed to be members of any other club.

This proved so popular that in 1908 this was increased to 20 permits, with the same no other membership rule.

In 1922 Caddies were used for the Open selected from "permit holders" The winner was Walter Hagen who did not use a local caddie unfortunately.

The club was officially founded in 1928, when the number of permits was increased to 60 and I assume it was felt that a more organised structure was needed. A committee was formed and detailed rules and regulations were drawn up. The minutes for July 1928 for the parent club advise that "the secretary shall keep a list of all names of Permit Holders, along with a waiting list" so it is fair to assume it was very popular! One of the founder members Lou Jezzard, is listed as the landlord of the Lord Warden Inn in 1938 I know information was posted in the pub for the Permit Holders. Other founder members may have included Wally Gisby and Percy Hickson.

In 1929 Mr A H Godfrey of the parent club suggested a match between the Permit Holders and the Parent Club followed by tea, this was passed by committee unanimously and resulting in a victory for St Georges.

One person who played that day was Wally Reynolds playing of +2 who also played in the qualifying for the Open at Prince's in 1932, where he failed to qualify by one stroke....the closest any Permit Holder has come to playing in an Open I would guess. Mr Reynolds passed away in 1971.

In the 1930's the Permit Holders continued to thrive and in 1939 requested an extension to the hours of play to include starting at 5pm and play on a Sunday...the request was denied. The Permit Holders also enjoyed playing at Prince's and played matches against the Lady members there. A lot of permit holders were also members of Princes Artisans so at some stage the only membership rule was changed or ignored.

The membership list for 1935 saw permit holder numbers showing as 72 members, including 2 with addresses in London!

One of our most keenly contested matches started in 1936 when the Caddies Cup was first played for. The match was a contest between the caddies of Royal St Georges and Royal Cinque Ports Artisans, its shows the connections between the caddies and permit holders as it is now officially on the Permit Holders fixtures list and is one of the highlights of the year. A trophy was presented by Mr R Burlington, President of Deal Artisans. Below are a number of photographs of the team over the years courtesy of Mr Harris. Below are listed the players in the Royal St Georges winning teams.

The second World War affected the Permit Holders with the Caddiemaster Bob Warne killed and a number of our members never returned to play.

In 1946 Permit Holder John Gisby was made Caddiemaster, and in 1947 the club was officially reconvened.

The 1949 team to face the Members in the annual match included Dennis Foord, Albert Foord jnr, Reg Watson, Albert Kendall, Alex McCulloch, Ernie Holness and Eric Silk. The team photo is below and apart from the first player being unknown is listed in the correct order on the photograph.

Under the system of the day many of our players played of scratch or better including Dennis Foord, Eric Silk, Ronnie Brett, George Kemp. The lowest I am aware of was Fred Wisdom, who played off +5, Fred was the father of Merv Wisdom, who recently passed away. There is a great story that goes along the lines of the US Amateur Champion turned up for a game at Royal St Georges and asked if there was anybody he could play with. Fred being the best golfer was summoned and upon arrival agreed to a match, offering shots to the American, who declined. The match finished all square with both players shooting 68.

In 1968 we received a request from Princes Artisans that they be allowed to share the use of our notice board in the Cinque Ports Garage, it was also agreed a new box would be made as well to receive scorecards. Anybody remember this garage? Also in this year it was proposed that 3 golf balls replace the presentation of a spoon for monthly medals, does anybody have any of their spoons? At the AGM officers were elected into office for 3 years, including captains. Subscriptions increased to £2.10s. Official Constitution passed at the AGM, this resulted in Mr R Chittenden becoming the clubs first president.

In 1969 the first records were kept of number of rounds played by members outside of competitions. This was also the first year of the Captains Prize. First year the Permit Holders win the Winn Cup

We joined the Kent Golf Union in 1970 and I have meeting minutes that state that as we were now members of the KCGU members were no longer allowed to enter Artisan competitions. Also planning permission was received for the clubhouse but was to be delayed for 2 years until after the Amateur Open in 1972 at the request of the parent club. The cost was £2527!!
In this year new rules for the club were introduced including members needing to leave the club if they leave the area, or fail to put 6 score cards for handicap. Records show the club were very strict on this rule. Minimum age for membership amended to 16.

In 1971 the first vice captain came to office and was to be selected by the captain. This came about as the same member, A Weatherall was Chairman and Captain. Greenkeepers who wished to join the Permit Holders could do so without impacting on the 60 member rule. Meeting held in The Kings Arms

The original clubhouse was opened on 11th June 1972, before then notices were posted in various locations around the town. I know the 16th Century Tea Rooms and The Lord Warden Pub were used, and I know that the last notice board used was at the Kings Arms before the clubhouse opened. Score cards boxes were placed in various places around the town for returning completed cards including Bishops Yard in Church Street St Marys and Fagg's Garage at the corner of Church Street, St Clements. In the late 1960's discussions started regarding a permanent clubhouse. Committee meetings before 1972 were held in various hostelries including The Admiral Owen. In June of this year George Brown was selected to represent Kent v Surrey

In 1973 the club applied for a licence to serve alcohol, which was passed but was not allowed to open on a Sunday, Christmas day or Good Friday, and was only to open between 6pm and 9.30pm. Each member was to receive 12 score cards along with their permit and would be able to purchase additional cards as needed, cost to be 20p each. Also the prescribed boundary was reviewed and only people living in Sandwich, Worth, Eastry, Woodnesborough and Ash could apply.

1974 New club tie to be designed by members but it would be dark blue. The Caddies cup match was added to the Permit Holders fixture list, along with an annual match v Snowden Colliery. George Brown won The Kent Amateur Golf Championship. Around this time the one club rule was enforced resulting in members no longer being able to e members of Princes Artisans and Permit Holders.

1975 Due to lack of numbers the Borough of Sandwich format was changed to a Sandwich Estate team v Sandwich Town Team. Annual subscriptions raised by £2 to £7 per year.

1976 saw the club play various matches against Princes Artisans, North Foreland Artisans whose clubhouse is now the half way hut. We also played Snowden Golf society who played at Canterbury.

1977 Club resign from KCGU as 20p levy added to membership, 2 members knocked out of 5 club competition for playing with a full set of clubs.

1978 The club rejoin the Kent County Union as not being a member resulted in the club not being recognised as official and members handicaps would not be recognised.

1986 Club sweaters purchased and members were to put their names down if they wanted one.

1996 The club purchases its first computer. Score cards purchased for the next 3 years. Total costs £526.00

1998, there was talk of improving the number of players in competitions, suggested that pairs be drawn on the day. Access keys to the bar made available to all committee members...we had draft beer at this time.

As off 25th January 1999 the club had 14 life members..3 of which lived in Hazelwood Meadow! The age limit was lowered for the Reg Watson to 50. The probationary period for new members amended from 6 months to 12 months. Sir Godfrey Ralli retired as president and Mr Bragg took over. Planned work for the year included improvements to the door entry system, redesign the kitchen area, and purchase more Honours Boards

2005 New licensing laws came into effect that members must keep their accounts in credit, failure to do so will result in the loss of this facility.

2006 EGU/KGU rules amended to 3 competition cards must be submitted every year to maintain an official handicap.

2010 An amendment to the constitution as 10 Caddie Permits were to be allocated, and affiliated to the Permit Holders. Changes to the clubhouse completed.

2012 John Suckling presented with a picture in recognition of 50 years of being a Permit Holder
Winners of Littlestone Invitational Fours. Phil and Dave Hunt made Honorary life members.

We also played for the Astor Cup between 1930 and 1932 which became the Lady Astor Cup in 1933 but finished in 1939. There is also memtion of the Whiting Cup, played for by the higher handicaps of the club. We also send teams to play in the Littlestone Invitational and have returned victorious on a number of occasions.

The club also play home and away matches against the following Artisan clubs, and cups are presented for some: Royal Ashdown Forest, The Majury/Shovelton Cup,  Rye, Littlestone, Royal Cinque Ports, New Zealand, The Berkshire, Langley Park and Royal Blackheath. In 1976 our matches were against St Augustine's, The Penguin Club, Snowden Golf Society and of course Deal Artisans 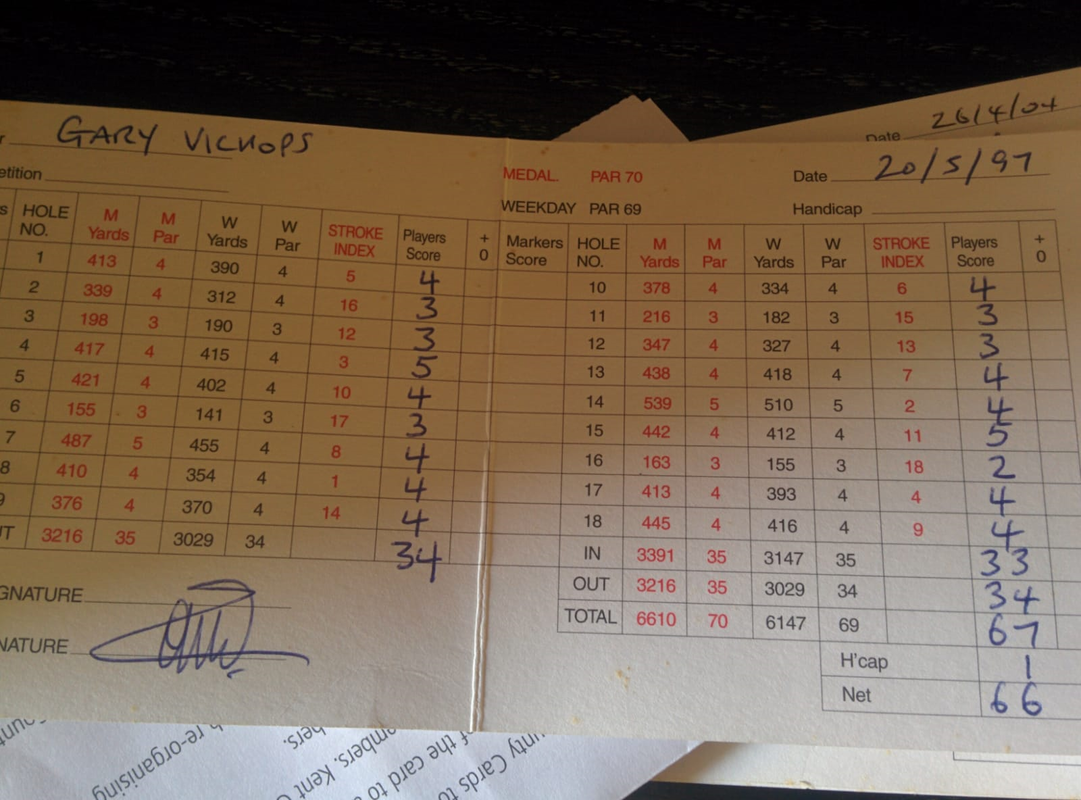 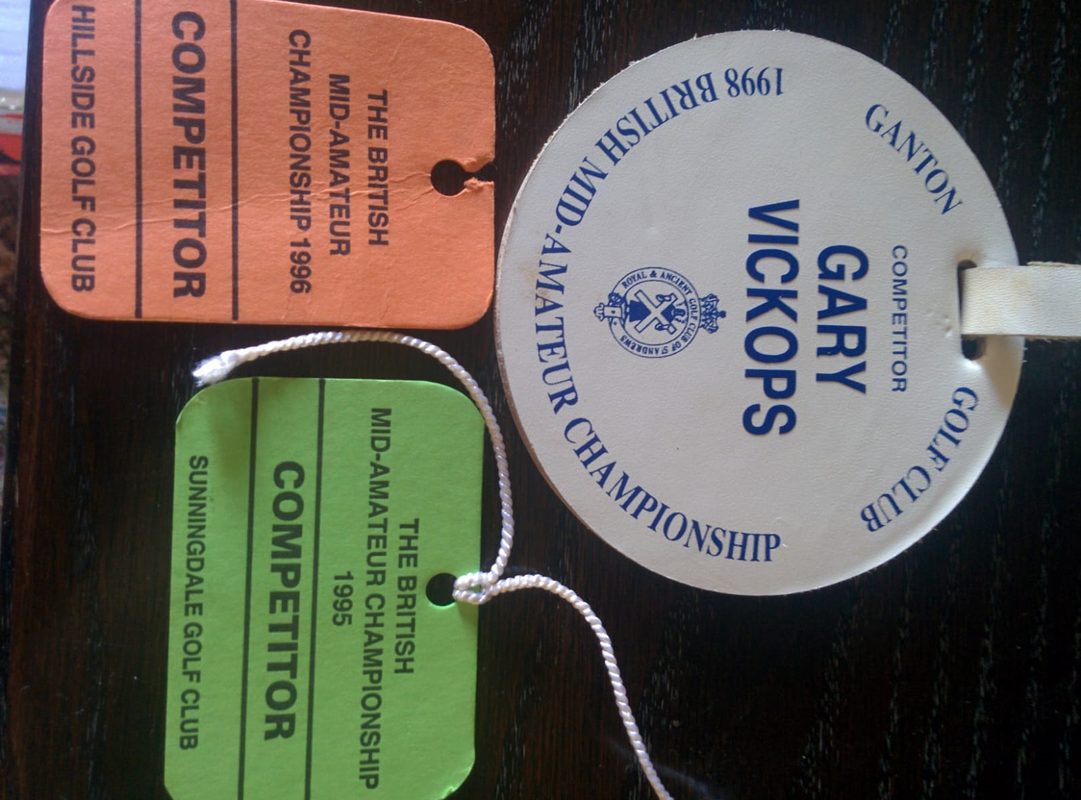 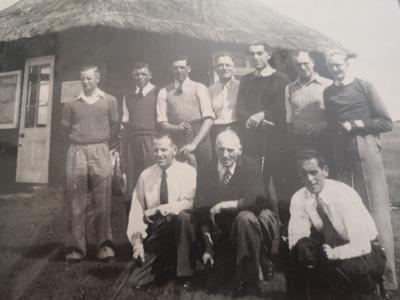 ​There has been a long tradition of Permit holders caddying for members and guests and I suspect in the very early days caddies and permit holders were one and the same. In recent times caddies have officially re-joined the permit holders on caddie permits. These are limited to 10 per year and are reviewed annually. Permit Holder members also act as starters for the parent club major competitions.

The current caddiemaster is Sean Meleady, and to the best of my knowledge previous caddiemasters are as follows:
Alan Vickops
Grant Leggate 2009
Doug Smallman
Keith Atkinson - appointed in 1985
John Preston - appointed 1977 following the death of George Brown
George Brown - appointed 1967
1954 The Professional took over responsibility for the caddies
John Gisby - appointed in 1946
Bob Warne - Killed in 1945 in World War 2
Poison? Mentioned in " A Course for Heroes" on page 38 I found reference to a E G Poissou
mentioned as a caddie in 1912 onwards so maybe the same person.
1905 The caddies room was enlarged to cater for the amount of caddies working
In 1897 there were 16,000 caddy rounds recorded, this coincided with caddies being allowed to work on a Sunday
Until 1909 the Professional acted as Caddie Superintendent but I believe this changed this year as the role became too involved.
If anybody can add any information or I am misinformed please let me know. 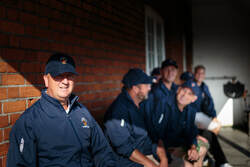 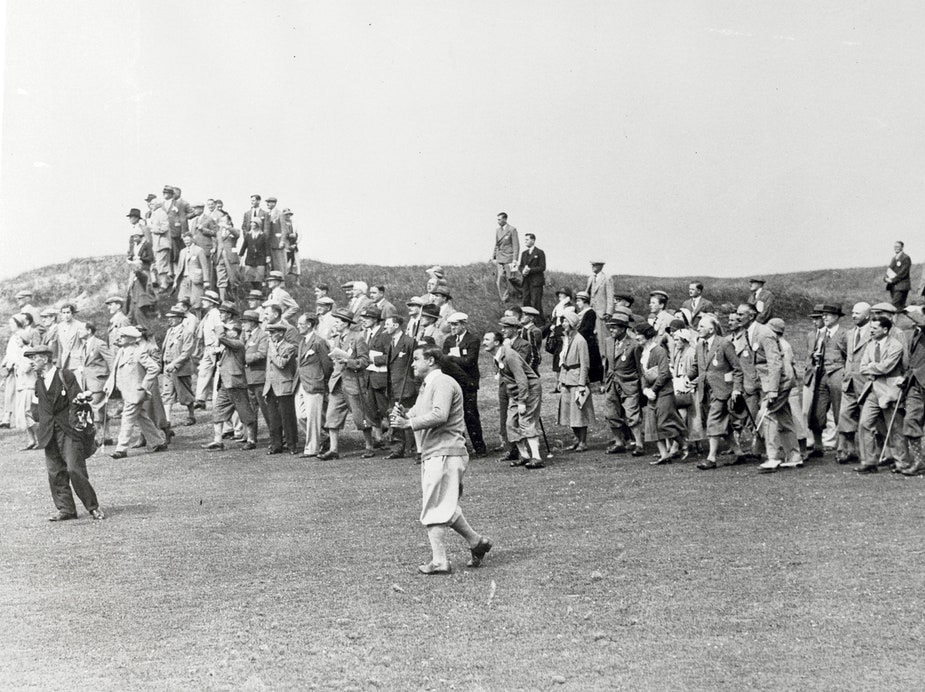 Picture of Skip Daniels caddying for Gene Sarazen….Skip also caddied for Walter Hagen, who described his as "the best"
Photo courtesy of Bettman/Corbis/Getty images 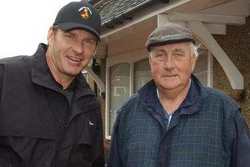 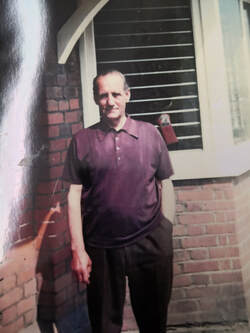